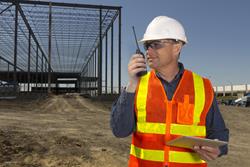 There is a fallacy circulating in the two way business radio industry that analogue two way radio is dead, that no one is using it and that OFCOM have mandated a digital switch over facilitating the move away from analogue… …none of these statements are true! Over the last five years, digital two way radio has come to the fore and there has been some very intensive marketing campaigns to push this technology. Indeed, some two way radio manufacturers have totally moved away from analogue and invested in a digital solution whether a customer wants it or not. In fact, there are still strong reasons for customers to continue using analogue two way radio: • The latency in a digital radio could cause a problem in specific industries. This is where there is short time delay in the message being transmitted and received. • Some customers don’t actually need the noise cancelling technology that the digital will offer. • Analogue audio may actually outperform a digital two way radio in some circumstances. With a weak signal a digital radio will have an RSSI threshold and will not receive the transmission, however an analogue radio will work into the noise. o If you were operating over a large distance, by its very nature, analogue radio will degrade over distance but you will still hear it. Digital two way radio will just cut out when it has reached the limit of its distance which is a very important issue if your comms are critical. o If you are operating in a rural area and you have a lot of fields, trees, woodland, the digital CODAC might decide that the signal strength isn’t strong enough so the communication simply drops off. Analogue may be scratchy and noisy, but audio will still come through and you will still be able co to communicate with the person at the other end. • Analogue radios can be as sophisticated as their digital alternative. Most analogue radio have the same functionality such as Man down, encryption and lone worker etc. Admittedly there are some customers out there that want a fully fledged digital system with all the features possible but at the other end of the spectrum there are still a lot of users that just want a push to talk system and there are still some manufacturers out there that can cater for this simple and cheaper alternative. There is no mandate for a digital switchover and some companies are doing their best to tell end-users otherwise. It’s in their commercial interest to create this illusion. Regardless of what a manufacturer or a dealer says, it is the end user that needs to have their requirement met and that’s where cost and coverage may be important. OFCOM's position is that
’OFCOM has not mandated digital technologies, our position is to remain technology neutral whilst encouraging the transition to 6.25 kHz spectrum efficiency. Any transition to digital will be driven by market forces, in particular through equipment suppliers and manufacturers rather than regulation. If through the result of spectrum congestion there is a requirement to increase the amount of spectrum available to meet the demand from licensees through 6.25 kHz efficiency then OFCOM would consult on the prospective change in policy. ‘   Icom UK Marketing - marketing@icomuk.co.uk
25/02/2015